Weather: Rain Fog/Mist and Breezy and 45°F
A A A
About Our TownEmploymentDownloadsContact Us
Home » Staff » Kristi Kincaid 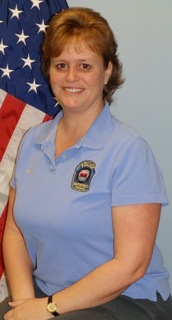 Kristi Jenkins started part time with the Town of Smithfield in 1997 and became full time in 1999. She transferred to the Smithfield Police Department in 2004 where she served in Records Administration until 2012 when she became the Office/Accreditation Manager. She is a 1993 graduate of Smithfield High School. She has two boys, Josh and Dylan. She enjoys spending time with her family, going to her son's baseball games, shooting pool and the beach.