Weather: Fog and 44°F
A A A
About Our TownEmploymentDownloadsContact Us
Home » Staff » Paul Jones 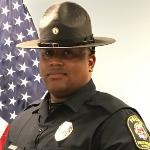